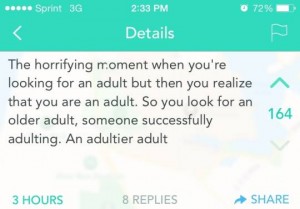 It’s pretty crazy to think that the past four years are over. But more than that, it’s even crazier to think that the last 16 years of school are over. It didn’t set in when graduation was at the end of the week, barely started to set in when my whole family came to Davis, and still wasn’t really a developed realization when I walked across the stage. 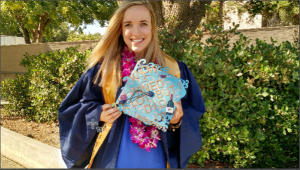 Walking into the ceremony was a strange feeling. I’ve been proud of things that I’ve done in the past, sure, but this was such an overwhelming wave of pride for myself for actually committing to higher education and finishing even though there were many times that I wanted to quit- that the wave was so strong. But even then it wasn’t fully recognized that I was never coming back.

Then I went home.

That’s when it hit me while I was sitting in my childhood home where I had done all of my 14 of 16 years of schooling from. Where I grew up, where all my friends used to live, and where no one no longer was. That’s when I realized school was over- that I had reached the end of the largest milestone I quite possibly will ever achieve. There are obviously other large milestones, but this is one that not everyone achieves perhaps because college wasn’t for them, the finances weren’t in place for them to go, or they were never motivated enough to endure the sleepless nights, stress from having four papers due in one week, and trying to pass while having some fun.

College was an epic learning experience. Not only did college teach me a lot about society and expand my brain capacity and transform the way that I view and understand issues in the world, it taught me volumes about myself. In my opinion, what you learn about yourself in college is something that hard to learn without everything that goes into what makes college such a life changing experience. 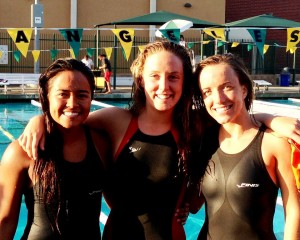 I did college differently. I started from living at home going to a community college hating everything about the fact that I didn’t leave home, to absolutely loving my community college after I joined the swim team. Transferring was one of the most challenging hurdles I had to overcome in my college career (besides trying to function daily on less than four hours of sleep).

I would never give up the years I spent in college for anything. I appreciate the hard times that I went through in college, the personal obstacles I had to overcome, and the mental challenges in the classroom.

To some people who never went to college that degree that I’ll get mailed to me in October is just “a stupid piece of paper worth thousands of dollars”.

To me, it’s the physical proof that in the last 16 years of schooling not only did I empower myself through knowledge, but I bettered myself. So thanks Moorpark College, Ventura College, and UC Davis for bringing the people who helped shaped me into my life and presenting the challenges I needed to overcome to learn about myself.

All it took was a little luck, an insane amount of hard work and dedication, and an IV drip of coffee. (I wish, but seriously, shout out to caffeine)

One Reply to “Cheers to Undergrad”