In another display of Murphy’s law: anything that can go wrong, will go wrong- I decided to take a trip to Joshua Tree.

This decision was the result of several conversations with my boyfriend about what he wanted to do for his birthday weekend. “Where do you want to go?” “Let’s go hiking!” “Let’s go to Arizona!” Overall, he was none to pleased with my constant badgering about where to go. The compromise between my desire to go away for a weekend and his desire to not have to drive several hours and spend a ton of money- was Joshua Tree National Park.

Why the Joshua Tree?

I stumbled upon the national park by accident actually. I was not familiar with where the park was, or that it even existed. When doing research about what was close to L.A., it was a top hit. The Joshua Tree! Also known as a yucca palm, this tree only grows in the Southwest Region of the United States. The park is huge- about 790,000 acres. If you have a hard time picturing that- it’s a little bit bigger than the state of Rhode Island. The most common debate about this tree is whether or not it’s a cactus. Fascinating stuff.

Everyone. The short answer is everyone camps in the desert at the end of January especially in Joshua Tree which has some of the best climbing in the southern half of the state.

What Can Go Wrong…

We left Friday, with our bags packed and our expectations high for some desert fun staring at maybe trees- but possible cactus- until Sunday. To get there, you have to go through L.A. We decided to go a little north and run t through Pasadena area, via the 210. Only to encounter a TON of traffic along the way.

By the time we got to the National Park, we had been in the car since 2:30 PM. It was 10 PM when we arrived at the front gate for the tired security guard to say, “Campgrounds are full. You’ll need to drive another 5 miles north to camp on the BLM land.”

Are you kidding me?! You didn’t reserve a campsite?! We drove all the way out here to chance it?!

BLM land is land owned by the Bureau of Land Management. They, well, manage the land separate of the state. People can stay on the land, it’s free, but it’s always in weird areas because there’s no developments on it. The BLM land near Joshua Tree is in the middle of the desert. As I so delicately put it, it’s somewhere where I’m sure people have tried to dump bodies. It’s that creepy out there.

Luckily for us, it had just rained the weekend before! So the promised BLM land was completely flooded from the storm. We ended up having to camp on some most likely private property next to the land we were supposed to be on. We were in the company of many others who chanced their camping luck at Joshua Tree. Much too late and far too cold to pitch the tent, we slept in the cab of the truck. Not incredibly comfortable and also freezing considering outside temps were barely above 35 degrees.

In the morning, we were exhausted and needed to stretch from sleeping in such a tight space. We traveled in to the park early to beat some crowds and see the sites. 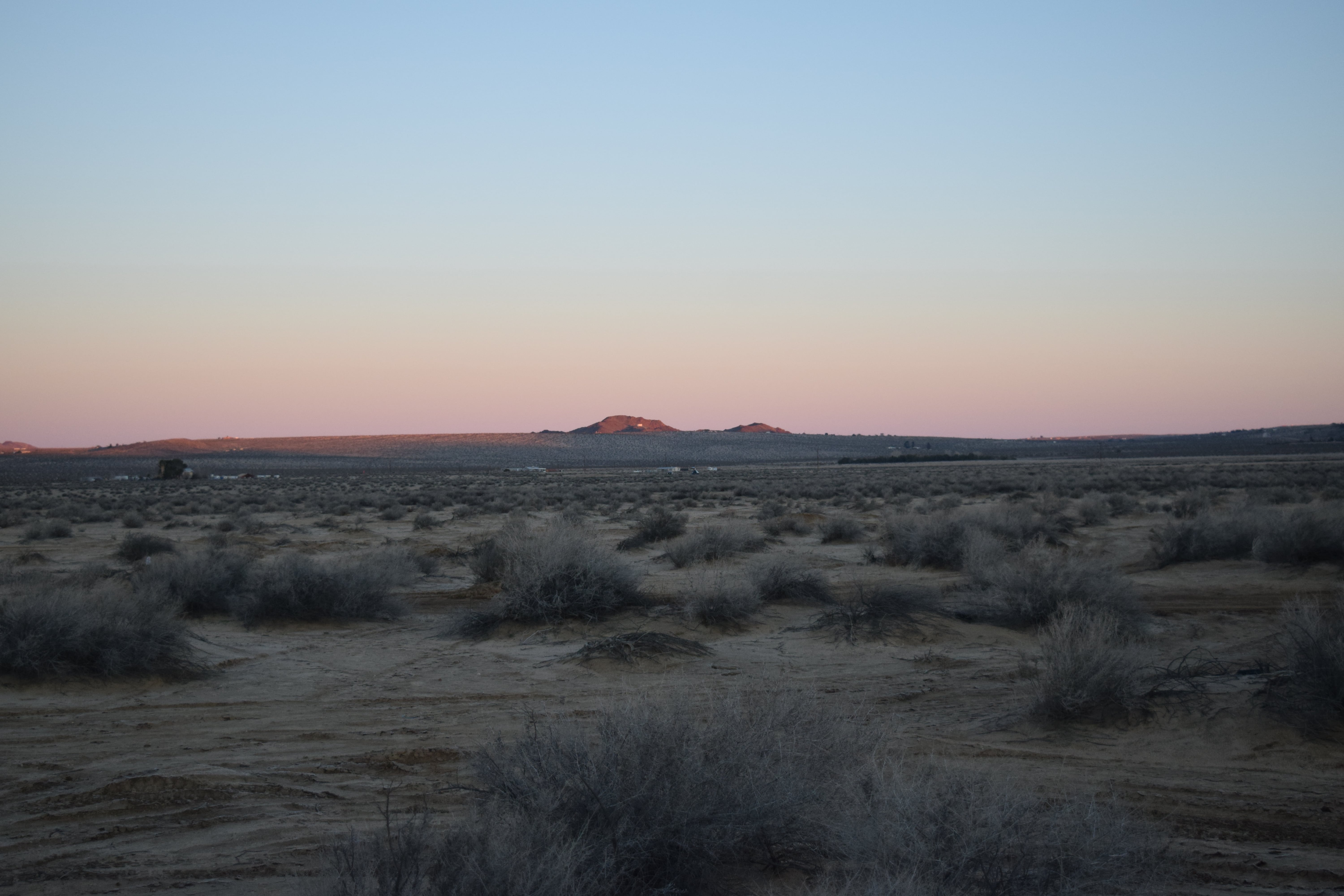 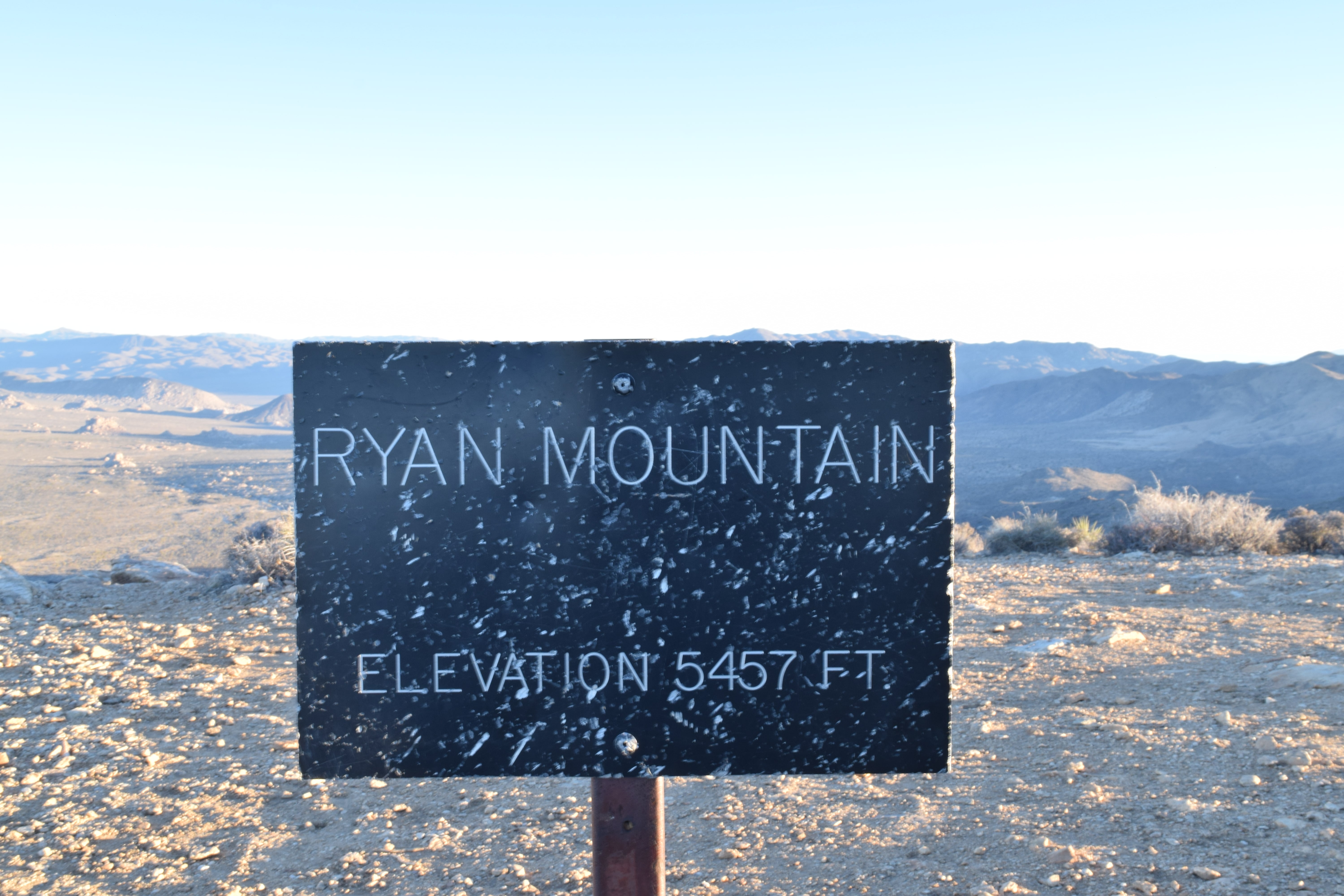 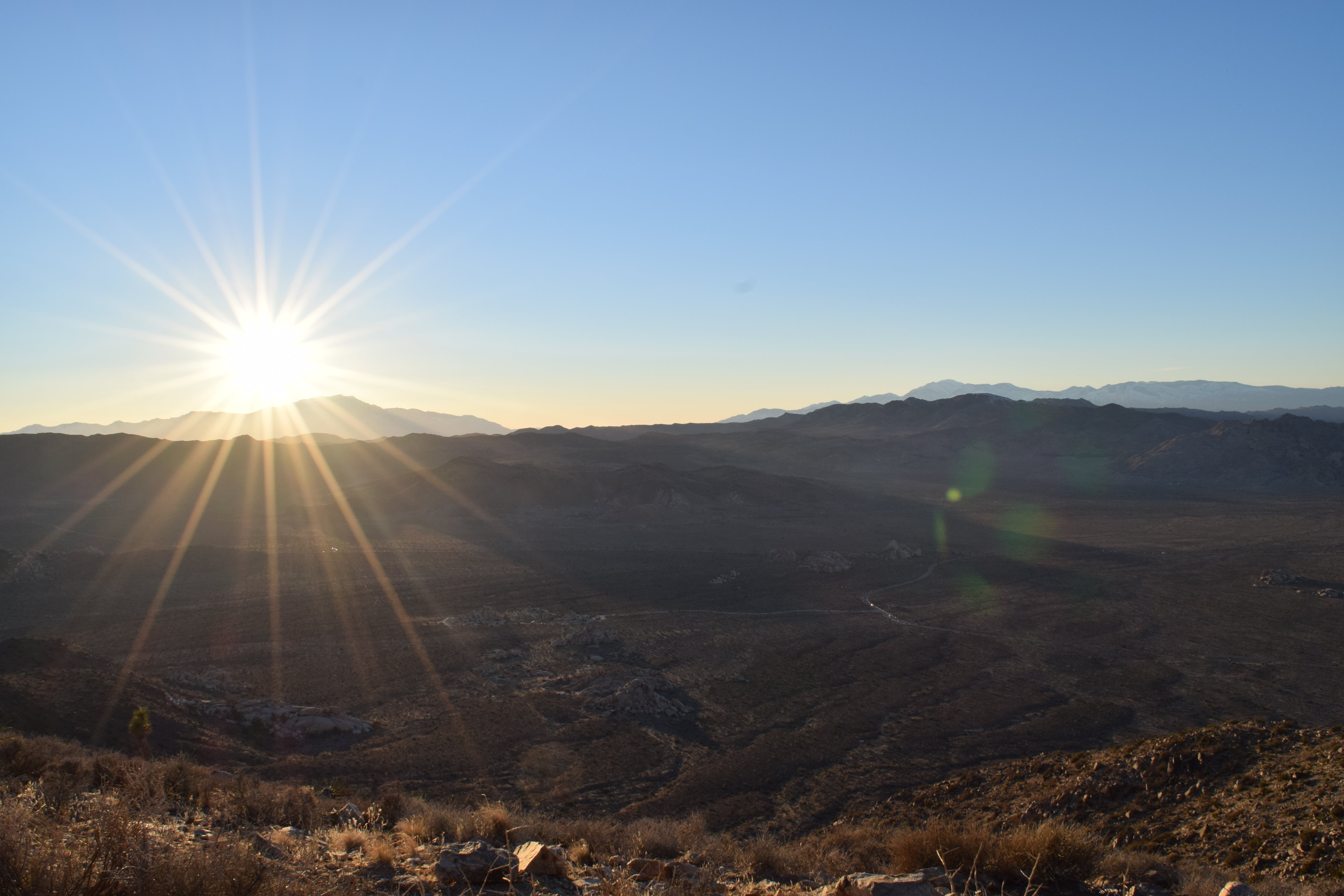 I learned an important thing about Joshua Tree that weekend. Book your campsite well in advance.

I also learned that if you like climbing or taking desert photos, Joshua Tree is awesome. If you enjoy hiking- may be less awesome. The park is huge but very desolate due to the fact it is, well, a desert at it’s heart.

No comments yet
camping get outside hiking joshua tree outdoors